Continuing our series of silent film titles which you can access for free online thanks to a number international archives during lock down SWS’ Co-director Rosie Rowan Taylor takes us to the West for a classic W.S. Hart Western, . Our previous posts include the American drama The Italian (1915), D.W. Griffith’s A Corner in Wheat (1909), British drama Hobson’s Choice (1920) , Frankenstein (1910) and South West Silents Film Road Trip.

Three Harts are Better than One William S. Hart and Three Word Brand (1921)

William S. Hart (1864-1946) is the cowboy movie star who sparked my love for the silent Western when I first saw his classic Hell’s Hinges (1916) way back in 2012, and I’ve never looked back since. His films are well made, and his Westerns are sophisticated for the time, containing everything a silent Western should have; tall Stetsons, strong moral motives, fast riding, gun slinging action, plot driving romance, and a whole lot of the southern California outdoors.

Hart was born in 1864, Newburgh, New York. He spent much of his childhood travelling the mid-west with his father, encountering cowboys, cattle ranchers, gold prospectors and Native Americans. As an adult he pursued a career as an actor in the legitimate theatre, playing leading roles in many classic productions including Othello, Much Ado About Nothing, The Man in the Iron Mask, and Ben Hur (William S. Hart Museum, date unknown).

Relatively late in life, at the age of fifty, Hart entered the film business. The move was apparently triggered by a visit to a Nickelodeon in 1913. Seeing a Western on screen and being “appalled by the way the West was portrayed,” compared to his childhood memories (William S. Hart Museum, date unknown), he got in touch with his old college friend Thomas H. Ince, who was now a successful film producer in California, and joined him to make the kind of Westerns that Hart believed would portray the West authentically.

William S. Hart in his element

Authenticity, at least how Hart saw it, was at the centre of all his Westerns, along with a dollop of sentimentality and melodrama. Costumes were dusty and dirty, locations were simple and yet stunning (usually photographed by Joseph H. August, who is best remembered for shooting John Ford’s The Informer (1939), and Portrait of Jennie (1948)). The stories were full of drama and action, centring on strong moral principals, with Hart more often than not playing a bad man who turns good for the love of a woman (the “good bad man” character that was to become a Western cliche).

He made approximately seventy Westerns between 1915 and 1925. Audiences lapped them up, making him one of Hollywood’s most successful movie stars of the time, alongside Charlie Chaplin, Douglas Fairbanks and Mary Pickford.

One of a number of films Hart produced independently for Paramount Pictures, following his bitter departure with Ince, Three Word Brand (1921) is “characteristically Hart” as described by Camera! in 1921. It contains everything a William S. Hart fan would expect from his films (as mentioned above). But it goes one step further, introducing two farcical yet entertaining elements to the mix. As Motion Picture News observed “Bill Hart has evidently noted the flood of duel role productions other stars have been turning out and decided to go his competitors one better” playing three roles in the film; the father and two sons (twin brothers). On top of this, one brother impersonates the other.

An original story by Will Reynolds, adapted and directed by longtime Hart collaborator Lambert Hillier (who would go on to direct The Invisible Ray and Dracula’s Daughter for Universal in the 1930’s), the story is brilliantly and amusingly far-fetched. Two young boys are separated when their father (Hart) dies in a shootout with Indians. Fast forward to adulthood and one brother is a rancher, Three Word Brand (played by Hart again), who’s partner has been falsely accused of murder. The other brother is the Governor (also Hart), who has come to a Utah valley (which happens to be where Brand lives) to investigate a conflict over water rights between corrupt politicians and local ranchers. Brand secretly discovers the Governor is his brother, and decides to head east, passing himself off as the Governor, to sign a pardon for his partner, and veto the water rights in favour of the ranchers. Action, comedy, misidentification, and heroic lifesaving ensue in an exceptional set of events (Langman, 1992).

Motion Picture News concluded that the film was “highly improbable as to plot constructions,[and] overworks coincidence,” but went on to say that it is “the sort of stuff the Hart fans like, [has] some good comedy, beautiful scenic locations, and the personality of the star himself, dominating his scenes and making them seem real”.

Trade press of the time gives little praise to the leading lady Jane Novak, who plays Brands love interest (and was for a time engaged to Hart following the making of this film). This may partially stem from the fact that the love story is probably the weakest element of the film; Motion Picture News stating that the film “suffers from the alleged picture necessity of having romance,” and as such provides little in the way of plot device that romances usually do in Harts films. But Novak deserves a mention as, despite appearing less than expected in the film, she puts in a noteworthy performance.

In the wrong hands this far-fetched and “improbable” plot could have made a disastrous mess of Three Word Brand. However, with the experienced direction Lambert Hillier, and more than competent cinematography by Joseph H. August, the film pulls off this “highly improbable” story with conviction. Though Three Words Brand does not survive in its original cut (around twenty minutes from the original film are missing), the editing does deserve a mention as, even with the missing footage, the editing paces the action well pretty well, and the film still holds up as great fun.

Three Word Brand came towards the end of Harts high reigning popularity. By 1921 his style of sentimental and “authentic” Western was becoming outdated. Showman style Westerns from the likes of Tom Mix, with their shiny costumes, were on the rise in the era of the roaring twenties. And soon the epic nation building Westerns like The Covered Wagon and The Iron Horse, would wow audiences. Three Word Brand “barely broke even at the box office, causing Paramount executives to decide that Hart’s brand of Westerns was dead,” (Davis, 2003) in spite of positive advertising in trade press. But, retrospectively, the film still stands out as a classic example of Harts style of Western. And this wasn’t the end for Hart. After some disagreement with Paramount executives, he went on to make several further Westerns, including Tumbleweeds (1925), (his final film), which is now considered one of his classics. 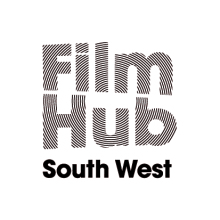 The Man Who Laughs (1928) Masters of Cinema Release

The Criterion Collection: The Cameraman (1928)

The ‘Mystery’ of Theda Bara